As an accomplished Stunt Performer Peter has performed all types of Stunts over the years many times, ranging from been shot countless times, Drowned, hanged, Stabbed, decapitated, thrown from moving Cars, Run Over, thrown from a horse, kicked of a mountain, beaten in many gratuitous ways , blown up and catapulted into the air, , crashed cars, drowning in quick sand, mauled by Zombies and Monsters and set on fire many many times.

Peter has also played many small parts in feature films ,TV shows and commercials. he is also very experienced in performing in heavy costume and prosthetic work.
Work includes playing many Alien characters in Gerry Andersons “Space Precinct”, ABC’s of Death, 28 Days later, Hale and Pace and Slaughterhouse Rulez to name a few

On the set of Slaughterhouse Rulez 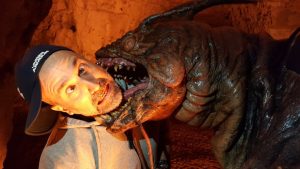 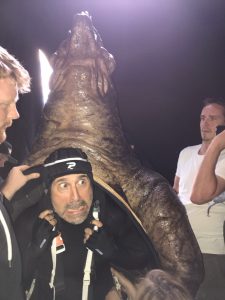 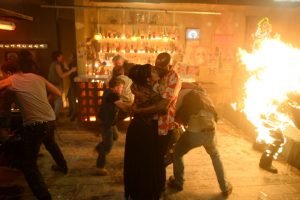 Behind the scenes still of Peter performing his Full Body burn running around in very close proximity to Samuel L. Jackson and Salma Hayek while they slow dance and Oblivious to the mayhem around them. 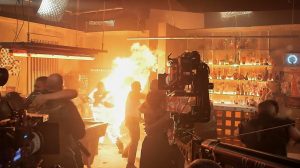 Performing on the Motion Capture Unit for the Film “Hercules” 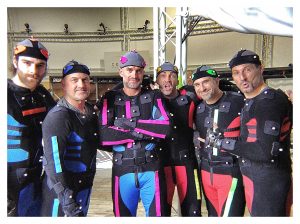 working on Pirates of the Caribbean: On Stranger Tides on the Pinewood fountain of youth sequence 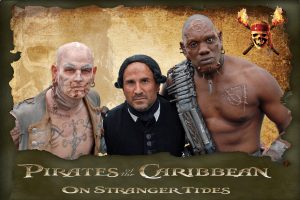